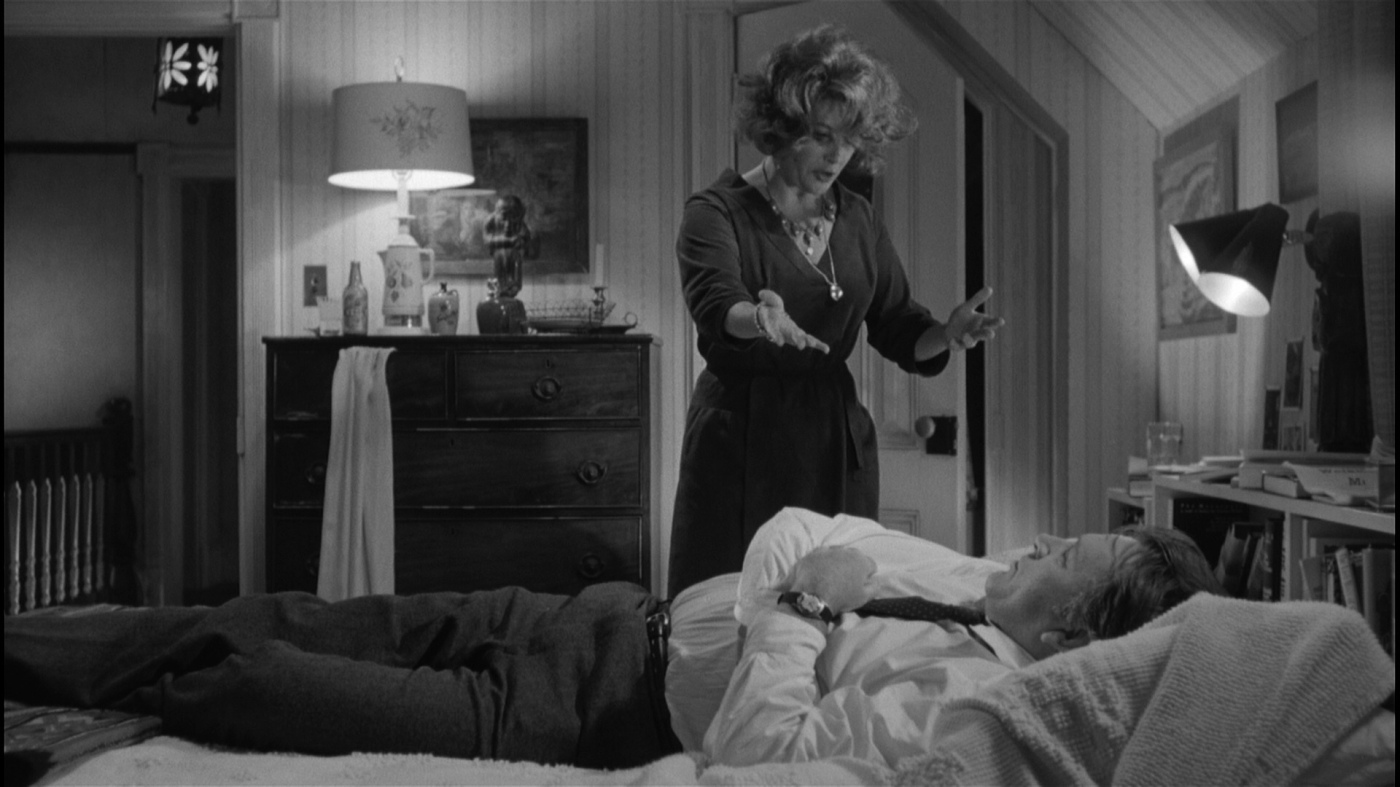 I greatly enjoyed the first hour of this movie, although I feel as it got more confrontational the coherence, and subsequently my enjoyment, significantly suffered. I know this movie is and was originally a play and its pretty obvious just based on how the pacing of the film works. I don’t really feel like it helps or hinders the movie at all though, it feels like its own thing, it feels more like a movie that also happens to be a play rather than a movie that is originally a play, if that makes any sense.

My favorite part of this movie was easily the bedroom scene between Taylor and Burton at the beginning of the film. This felt so modern and really like it was pulled straight out of a Noah Baumbach film in every best possible way, the relatable, flawlessly flowing dialogue, and realistic, natural characters. And yes I know he was probably influenced by this movie but I knew his work first so I’m going to compare this to him instead of vice versa.

The rest of the movie is fine really only a few other incredible parts, some not so great parts but nothing bad. My biggest complaint is just the length, I feel like it could have been cut significantly, obviously with how this movie is presented that would require major reworks to the script but I really do think the movie was at least 20 minutes too long. I also wish we got more of Elizabeth Taylor’s character perspective because she, and the other woman were way more interesting and wayyyyyyyy better acted than the male characters, not that they were bad they were just outclassed I think.

Lastly I was left confused even though my initial thoughts on the obvious impending “twist” remained correct from start to finish. Specifically I am talking about the dancing around the topic of their “son”. I knew immediately that their “son” didn’t exist or was a miscarried child long ago. But after a while I started to think “they are making such a big deal of it, could it really be that simple?” And maybe it is intentional for you to mistrust your initial judgment but I’m just not sure. It could be that this movie was made in 1966 and that topic was far more taboo and off peoples radars so it would be more unsuspected and shocking.

Lastly the camera work in this movie, while subtle does not go unnoticed in its brilliance. The cinematographer was familiar with the sets and with the actors and knew just how to film them to elicit the most out of their performances.

Overall this movie is absolutely worth a watch even if you don’t love it if for nothing else at least for of how modern parts of it feels compared to other movies of the era.